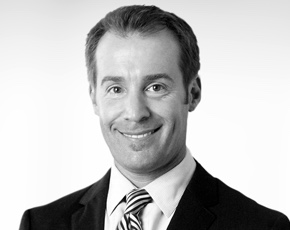 As Co-President & Chief Executive Officer of Benedict Canyon Equities, Ryan Somers oversees all aspects of the company. He has over 25 years of real estate acquisition experience and has completed over $2.2 billion in multifamily transactions during his career. Since joining BCE in 2009, he has directed the acquisitions of over 100 properties consisting of over 15,000 units valued at $2.4 billion. Under his tenure, Mr. Somers has grown the company’s portfolio to $3.9 billion. During the economic downturn, his investment expertise created a multitude of opportunistic ventures: buying out distressed partnerships, recapitalizing underperforming properties, and acquiring distressed assets which since have become some of BCE’s top performing properties. Mr. Somers was integral in the genesis of BCE’s Funds, raising $254.8MM of equity collectively.

Prior to joining BCE, he served as Vice President of multifamily sales and acquisitions at RK Properties, a private equity firm in Long Beach, CA. He facilitated the closings of over $500MM in multifamily assets in Southern California, Arizona, Nevada, Colorado, and Utah. Mr. Somers began his career in real estate in 1994 at the San Diego office of Marcus & Millichap.

Mr. Somers received a B.S. in Business Administration with an emphasis in Real Estate from San Diego State University.

Since joining BCE in 2009, he has directed the acquisitions over 100 properties consisting of over 15,000 units valued at $2.4 billion.